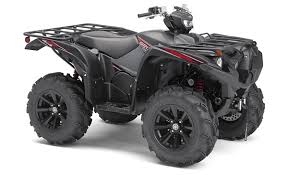 In August 2015, our client, a 25 year old woman, was invited by her boss to come to his home in Orange County, New York, for a weekend of outdoor adventure.  During the course of the weekend, her boss asked her to ride as a passenger on the back of his all-terrain vehicle (ATV).  Unfortunately for our client, she had no way of knowing that her boss had very little experience operating an ATV. He had no helmets or other protective gear to offer her.  She also could never have anticipated that her boss would drive the ATV recklessly.   He would end up driving down a steep hill, deep in the woods, ignoring her pleas to stop.  When the ATV went down the steep hill at an unsafe speed, it flipped over and landed on top of our client.  The crash caused our clientto fracture her shoulder, which required surgery to repair.

After extensive litigation, the defendant’s attorneys made a motion for summary judgment. The motion was seeking to dismiss our case on the grounds that our client “assumed the risks” of the inherent danger of riding on an ATV.  The Honorable Justice Bernard J. Graham of the New York State Supreme Court denied the defendant’s motion. In a scholarly nine page decision Judge Graham analyzed the applicable law, and determined that a jury could reasonably find that our client’s boss was responsible for her injuries.  Click here to read a copy of Justice Graham’s decision.

In essence, Schulman Blitz, LLP was able to defeat the defendant’s motion by showing that the defendant operated the ATV in a negligent manner. The defendants actions thereby exacerbating the risks that are inherent with riding ATVs.

The crash caused our client to fracture her clavicle.  This was the same shoulder that she had previously injured years earlier in a cycling accident.   The surgery required the insertion of screws and metal plates to repair her shattered shoulder.

As trial approached, Justin Blitz, Esq. settled the case at a private mediation for$250,000.